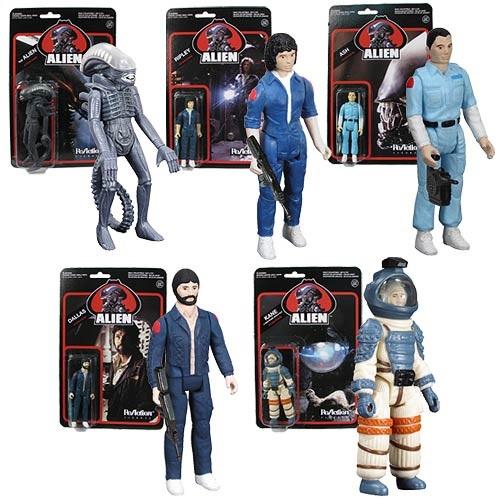 These figures were orginal planned to be release by Kenner as part of the 1980's line Alien.  These figures only made it to the prototype stage and never made it to retail.  The toy company ReAction decided to bring this toy line to life.  Created from the orginal Kenner protype figures these figures were released at Comic Con 2103.  Although ReAction has made and released other figures over the years for this line.  I am only featuring the figures released in 2013 based off the orgianl figures prototypes Kenner from 1979.