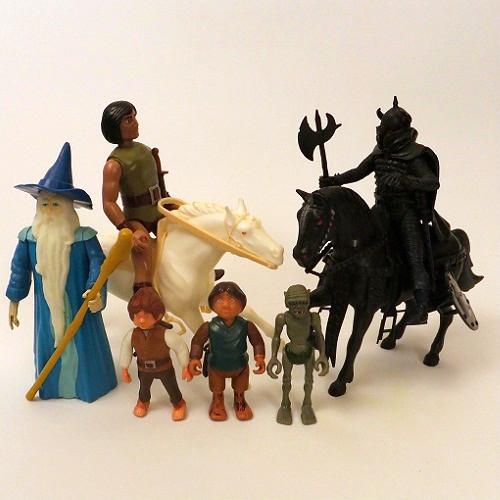 There was a total of six figures and two horses released in this line:  Gandalf, Aragorn, Frodo, Samwise, Gollum, Ringwraith, Frodo’s Horse, and Charger of the Ringwraith.